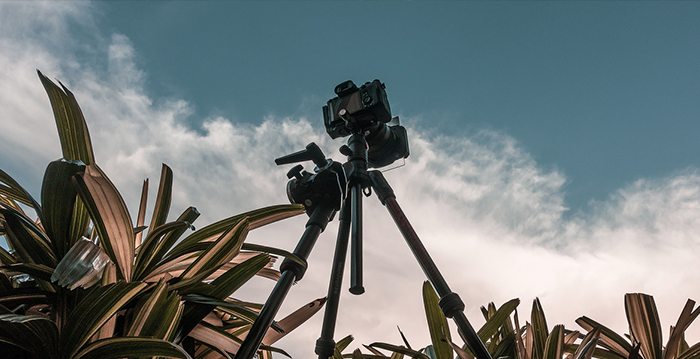 Two months since its release, the Sony a7R IV has been getting quite a wonderful acceptance from photographers across all fields of photography, and that’s no surprise. For this review, let’s take a look at how the camera performs based on the needs of a landscape and travel photographer.

Every genre of photography has varying requirements in terms of gear. Some genres require faster shooting capabilities than others. Some are more particular with resolution and image quality. For travel and landscape photography, the spotlight, of course, is on image quality and ISO performance. Generally, these kinds of photography do not ask so much for speed and continuous shooting, but requires that the images are of the best image quality and viable for large format printing. Of course, along with a capable sensor, durability and ergonomics are equally important to be able to cater to the workflow of a landscape photographer.

The Sony a7R IV has pretty much no big differences from the a7R III at first glance. But the overall feel of the camera has improved markedly due to the minimal bulking-up of the grip area and the overall increase in friction offered by the skin. Sony claims that the slide-out mechanism of the memory card door also offers more resistance to moisture and dust. Given that landscape and travel photography entails being exposed to different weather and environmental conditions, this would, of course, be beneficial. Personally, I haven’t tried out how the camera would fare in very cold weather conditions (85 degrees Fahrenheit is considered cold in the Philippines), but I did encounter a bit of rain that was easily handled by the camera.

The a7R IV is rated at 670 shots per charge, but may vary of course depending on how long the exposures are and/or how long the live view is on. Generally, battery performance is not a big concern for landscape and travel photographers, but getting to do more with just one battery can go a long way. With the 670-shot rating, a photographer could do a day-to-night time-lapse or star trails with less than two batteries consumed. It is a huge plus that USB type-C charging is enabled in this camera, so charging in-between or even during shooting is possible.

The a7R IV packs an all new viewfinder with a display of 5.76 million dots. From my experience shooting with an a7R III that has 3.6 million dots, this was quite an impressive upgrade. Having a clearer viewfinder, especially on a camera with much more resolution, gives you a better preview of the output that you get after the shot. We all know that having a better glimpse of the result allows us to revise and improve what we still can, and this is a plus for workflow efficiency — less photos to discard for missed focusing or wrong composition. Considering that the camera produces a 122 MB uncompressed raw file, it really does matter to get your shot precisely in less tries.

Focus accuracy is a very important factor for landscape photographers. Generally, we use small apertures in shooting wide scenes, but of course, even a slight misfire can ruin what could be such a good photograph. The a7R IV has 425 contrast autofocus points that can be selected manually through the efficient AF drag on the touchscreen. The focus points cover about 99.7% vertically and 74% horizontally. In actual use, landscape photographers mostly place their major foreground elements about a third off the vertical axis, and that would be covered by the focus point area.

Let’s get straight to the point. A 61-million-pixel resolution is no joke and unquestionably what makes this such a good camera. Landscape and travel photographers require the best image resolution. Most of the time, especially for landscape shooters, every single corner of the frame has to be as detailed as possible. We follow the principle that we would rather have everything sharp, then just reduce sharpness on certain parts of the frame in post-processing for visual design purposes. I would have to say that the 19-megapixel jump from the a7R III to the a7R IV is visibly evident even through the live view preview. Personally, I use a Canon 5Ds, which (by the numbers) still has a higher resolution than the a7R III . But coming from that (11 megapixels difference), the difference is still very significant.

Having such a big output gives us more flexibility. It may be very obvious, but with a 61-megapixel image, there is so much room for cropping. You can even produce multiple images out of cropping just one actual photo. This comes in handy for professional use of landscape photos or even in architectural photography. Many clients that I’ve shot for actually aim to crop images, especially for use in advertising the properties. Being able to provide such a huge image gives you the assurance that your work is still top notch in quality even after a massive crop.

As a bonus, the availability of Sony’s Pixelshift technology allows for even sharper output. The Pixelshift function makes use of multiple exposures, combining them into a much higher resolution output.

You never read a camera review for landscape photography that doesn’t mention dynamic range. Of course, outdoor photography, which encompasses landscape, travel, nature, and other types of photography that deal with the environment all have to deal with the huge difference in luminance of the bright daytime sky and the barely reflective ground or maybe the strong artificial lights of the city against the barely lit pavement. The a7R IV boasts of its Bionz X image processor that allows it to capture 14.7 stops of light in one frame. Virtually, the almost 15-stop DR performance is close to the 20 stops that can be perceived by the human eyes. In application, the most tangible difference in shooting with the a7R IV is the number of Graduated Neutral Density (GND) filters I use for daytime shots. For very bright situations, I often use either a 4-stop GND or a stack of two 3-stop GND filters just to balance out the exposure. With the a7R IV I found no need to do so, and in the brightest situation, I only used one 3-stop GND. I usually prefer using filters for such challenges rather than blending two exposures for a balanced output, but both methods just might be rendered obsolete by the fact that camera sensors are getting closer and closer to the 20-stop DR performance of the human eyes that basically dictate what we deem as “natural looking.”

Before and after shadow recovery

With that dynamic range rating also comes impressive shadow recovery in post-processing. In one of my test shoots, I was shooting the sunrise behind some clouds, all behind two edges of hills and a river in-between. Originally, I intended to shoot two exposures, one for the sky and one for the foreground. In post-processing, I tried maxing out the shadow slider to see how much information would be recovered and how much noise would come out. Suffice to say that I was surprised that blending wasn’t even necessary. I ended up just processing one exposure.

Before and after shadow recovery

Personally, ISO is what I think about least in landscape photography. I barely ever have to bump up my ISO since I can do longer exposures instead. However, on certain occasions, of course, being able to use higher ISO without having to worry about noise is a big advantage.

What Needs to Be Improved