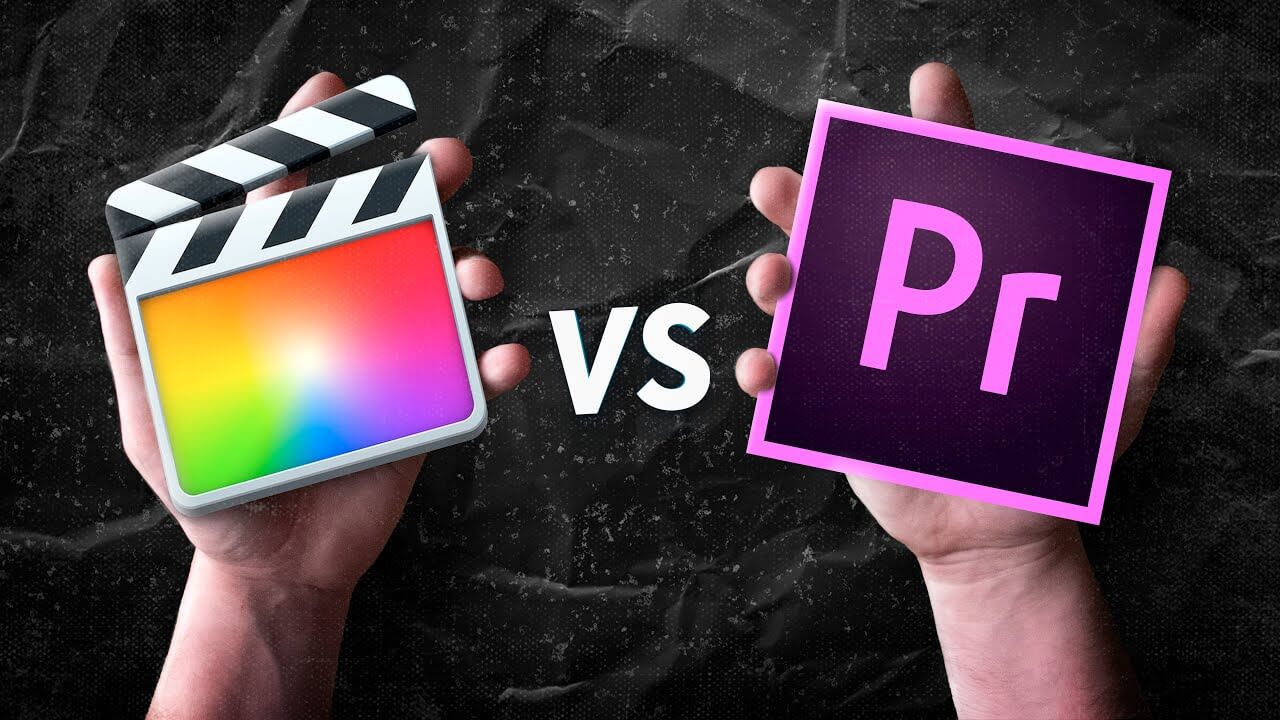 There are some debates that stand the test of time. Chocolate or vanilla? (Both). Crunchy peanut butter or smooth? (Smooth). Nikon or Canon? (Pentax). But among video editors, especially the ones on YouTube, one scuffle comes up more than any other: Apple Final Cut Pro or Adobe Premiere Pro?

They both have ‘Pro’ in the name, so according to Apple nomenclature rules they should both be excellent. But for all the head-to-head editing shootouts and ‘why I switched’ anecdotes from disgruntled Adobe and/or Apple users, what matters in the end is raw performance.

How quickly you can edit a video from start to finish in either Premiere Pro or Final Cut is largely a matter of personal preference and familiarity with each application’s quirks. Pure performance, on the other hand, is measurable. So we took an 8K project filmed on the Sony a1, compiled it into two identical 4K timelines with identical effects, scoured the settings to ensure everything was as similar as reasonably possible, and then ran both of these video editors through the same battery of tests.

Note: preview codec, target bitrates, and other settings in Adobe Premiere Pro were based on analyzing the Final Cut Pro files.

Coming up with tests that were close to identical was tricky because Final Cut Pro gives you less control over how and what you can render and export unless you also buy Apple’s Compressor software. For example, the difference between H.264 ‘Faster Encode’ and H.264 ‘Higher Quality’ isn’t explained anywhere in Apple’s documentation. It makes only a slight difference in total bitrate, and may be similar to Premiere Pro’s option for CBR vs VBR 1-pass vs VBR 2-pass encoding, but we have no way of knowing for sure.

We took 8K footage from a Sony a1, compiled it into two identical timelines with identical effects, scoured the settings to ensure everything was identical, and ran both of these video editors through the same battery of tests.

Similarly, previews for this piece were set by default to 4K ProRes 4:2:2 in Final Cut’s Project Settings, with no option to change the resolution of your previews without changing the resolution of the entire project/timeline or going through the additional step of generating proxy media.

To keep things as even as possible, all Final Cut Pro exports were done at ‘Better Quality’ and all Premiere Pro exports were configured to match the bitrate of the Final Cut File using VBR 1-pass encoding. Previews were rendered with identical settings in both programs, and ‘Use Previews’ was checked when exporting the master file (i.e. Match Sequence Settings in Premiere), since Final Cut will use the rendered previews by default.

All 5 tests were run on 3 different computers: a 13-inch Intel MacBook Pro, a 24-inch M1 iMac, and a Razer Blade 15 Advanced. Specs were essentially maxed out on all three machines (see below), and each computer was fully charged and/or plugged in, with no other programs running in the background to take up memory, CPU, or GPU resources.

Obviously we couldn’t run the Final Cut tests on the Razer laptop, but we felt it was important to include a high-powered Windows machine with an NVIDIA GPU in order to demonstrate the benefits of CUDA hardware acceleration in Premiere Pro. In fact, it’s the RTX 3080 laptop GPU inside the Razer Blade that really turned this head-to-head into a fair fight. When set to ‘Software Only’ encoding, you can expect these same exports and renders to take a brutal 3x to 5x longer.

Unfortunately, we didn’t have an AMD laptop on hand to see how a Ryzen CPU or Radeon GPU would have fared compared to the Intel, Apple Silicon, and NVIDIA hardware tested here, but stay tuned because we have more head-to-head comparisons and computer reviews planned for the coming months.

You can see the full results of our testing in the graphs below. Each time is the average of at least three consecutive runs of every render, export, or stabilization run, with outliers thrown out if the system happened to glitch. Obviously, in this context, shorter bars mean better performance.

The second compares Premiere Pro performance across all three machines. Note that the iMac was tested using the Arm-optimized Beta version of Premiere Pro:

The third and final graph shows Premiere Pro vs Final Cut Pro on the same scale, using the Razer as a high water mark for Premiere performance on Windows:

For those who prefer numbers, the table below shows all the benchmarks we ran, with winning times for each task highlighted in green. You may spot a pattern here.

You can, of course, draw your own conclusions, but we noticed three major takeaways from these numbers.

1. Nothing beats a well-optimized app

We all hate on Apple’s walled garden from time to time, but having such tight integration of hardware and software comes with perks. Not only does Final Cut Pro on the M1 iMac sweep all but one category, just compare the Final Cut results from the relatively meager 13-inch MacBook Pro against the Premiere Pro results from the beefy Razer Blade 15. Even without a discrete GPU and 4 fewer CPU cores, the MacBook Pro running Final Cut still outperformed the Razer running Premiere in several benchmarks.

The MacBook Pro/Final Cut combo was able to export an H.264 file 1 minute and 17 seconds faster than the Razer in Premiere, while the H.265/HEVC export ran a full 5 minutes and 7 seconds faster. The Razer was still able to render previews and produce a master file more quickly, but it’s not the massive performance gain you would expect when going from a 4-core CPU and integrated graphics to an 8-core CPU and an RTX 3080.

Even without a discrete GPU and 4 fewer CPU cores, the MacBook Pro/Final Cut still outperformed the Razer/Premiere in several benchmarks.

Word to the wise: if you’re using a lower-end Intel-based Mac to do your video editing, and especially if you’re using high-resolution source footage, use Final Cut Pro. It will be 3x to 4x faster than Premiere in every category. The difference isn’t quite as drastic once you upgrade to Apple Silicon, but even there, you’re still looking at a significant bump in performance over Premiere.

2. If you are using Premiere Pro on a Windows machine, you will benefit hugely from a discrete GPU

Our Razer Blade 15 Advanced comes with the latest and greatest NVIDIA RTX 3080 laptop GPU complete with 16GB of dedicated VRAM. That will cost you a pretty penny, but even if you can’t afford the newest machine with the latest specs, picking up a laptop with a discrete GPU makes a big difference to both render and export times thanks to CUDA hardware acceleration.

It’s one of the main reasons the Intel MacBook Pro fares so badly in Premiere Pro, and we wouldn’t expect an equivalent PC with Intel integrated graphics to do any better.

3. When using the Arm-optimized Beta version of Premiere Pro, the M1 iMac was surprisingly fast

Here we see, once again, that Apple have something very special on their hands with the M1 chip. Unfortunately, the Intel version of Premiere Pro (running via Rosetta 2 emulation) was a mess on our M1 iMac: springing memory leaks, crashing, and causing all sorts of headaches. Before you know it, the app has taken up 90+GB of system memory and you have to force quit or the operating system will crash.

Fortunately, the current M1-optimized Beta is surprisingly stable and much faster. So much faster that it allowed the iMac to outperform the much more expensive Razer laptop in every single test. This bodes very well for future Apple Silicon devices already churning around in the rumor mill, as well as Arm-based Windows laptops.

Raw performance is never the whole story, as I’m sure several people are busy writing in the comments section right now (hi guys!). Which app you use has just as much to do with the amount of control you demand, the color grading tools you prefer, and which corporation’s ethos you would rather subsidize.

Consider your own needs (and hardware) and choose wisely… or just say ‘screw it’ and download a copy of DaVinci Resolve.