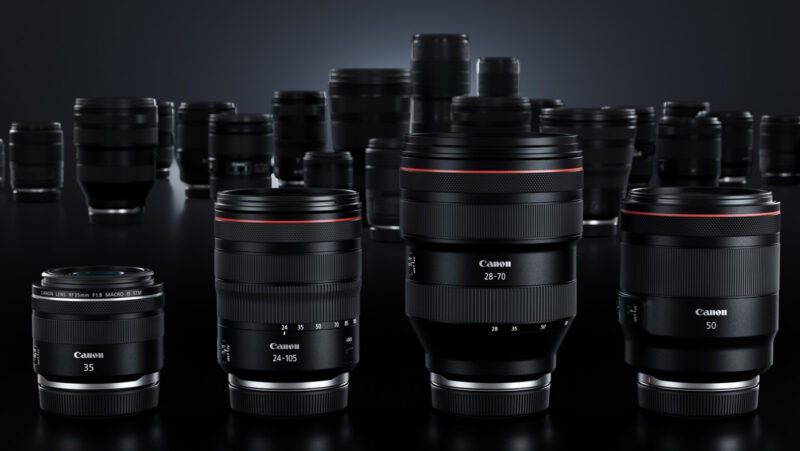 Canon has ambitious plans to release 32 new lenses in the next 4 years – that works out as one new lens every 45 days!

Canon has just published its annual business outlook, and suggested that over the next 4 years it will release 32 new Canon RF lenses. This would more than double the 23 RF lenses currently available, which range from top-of-the-range professional lenses to much more affordable primes.

These staggering figures seem incredibly optimistic, considering how many delays camera and lens manufacturers have been facing. Just recently, Canon shared a press release to apologize for delays on the incredibly expensive Canon 800mm and 1200mm super-telephoto lenses as well as a 6-month wait on the Canon EOS R3.

According to the outlook, the company will launch 32 lenses between now and 2026 – averaging out at roughly a news lens every 45 days, which is ambitious addition to the Canon RF lens roadmap to say the least.

Canon CEO and chairman, Fuji Mitarai, expressed the desire to become the number one mirrorless camera producer in the world (a spot currently held by Sony with a 35% market share, according to PetaPixel). While he stated that the camera market is bottoming out from a sales perspective, units being sold may continue to decline due to a weakening low-end market.

The  PowerShot market which covers Canon’s compact cameras is also likely to grow, as Canon releases restyled cameras and special-use products such as the PowerShot Pick – an AI-powered automatic camera capable of analyzing a scene, identifying people, tracking their faces and capturing photos.

The response online hasn’t been overwhelmingly positive, with many Canon users feeling that it’s too ambitious. With so many people still waiting on pre-orders from 2021, it’s no wonder comments have been made regarding how many statements Canon will have to publish over the coming four years, apologizing for delays on delivery dates.

Which lenses might be released has not yet been announced, nor has Canon released an official roadmap for the next four years, but we can expect a mixture of super-fast primes, mid-range zooms and telephoto zooms.