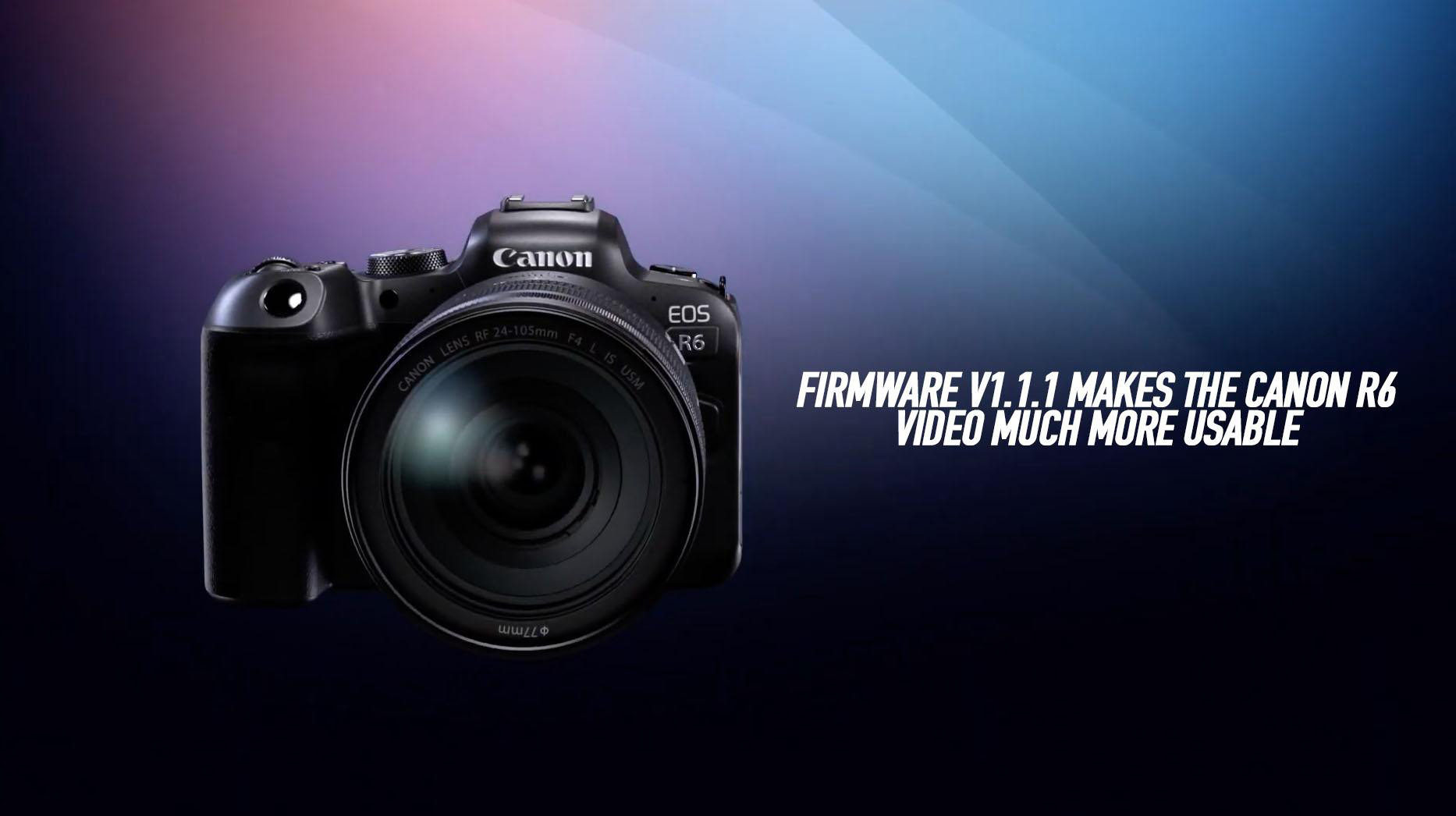 Alongside DPReviewTV’s re-assessment of the Canon EOS R6, we conducted some simple side-by-side testing of the latest firmware, in comparison to the original version. Our original tests showed that the R6 would deliver the promised amount of recording time in fairly challenging conditions, but that it would then struggle to recover.

Over the following weeks, diligent testing by users revealed Canon was factoring-in the initial temperature of the camera when determining how long to let it record for, but then was calculating recovery times without much consideration of internal or ambient temperature. This meant that the camera would take a long time to recover its recording capability and there was nothing you could do to speed up the process.

This could all be side-stepped if your shooting allows the use of an external recorder, but this somewhat undermines the convenience of the R6 as a stills-and-video tool.

The original firmware was very dependable: you’d tend to get 40 minutes of 4K/24, 25 or 30p, as promised, but with dependably long recovery times. This meant that you were much more likely to hit that 40 minute limit than with other cameras that, on paper, promised less recording time (because they’d do a better job of recovering between clips).

With the latest firmware, in moderate and room-temperature shooting at least, the R6 is much better at recovering, which means you hit the temperature limit much less readily, particularly if you shoot clips of video and have some time between each one.

However, given we’re experiencing an early cold snap in Seattle, we can’t comment on how the camera will do when the summer comes.

Of course none of this is much help for, say, wedding photographers, for whom it may not be possible to turn a camera off for several minutes between clips, but it means the R6 is a much more usable camera for anyone shooting sequences of multi-minute clips.