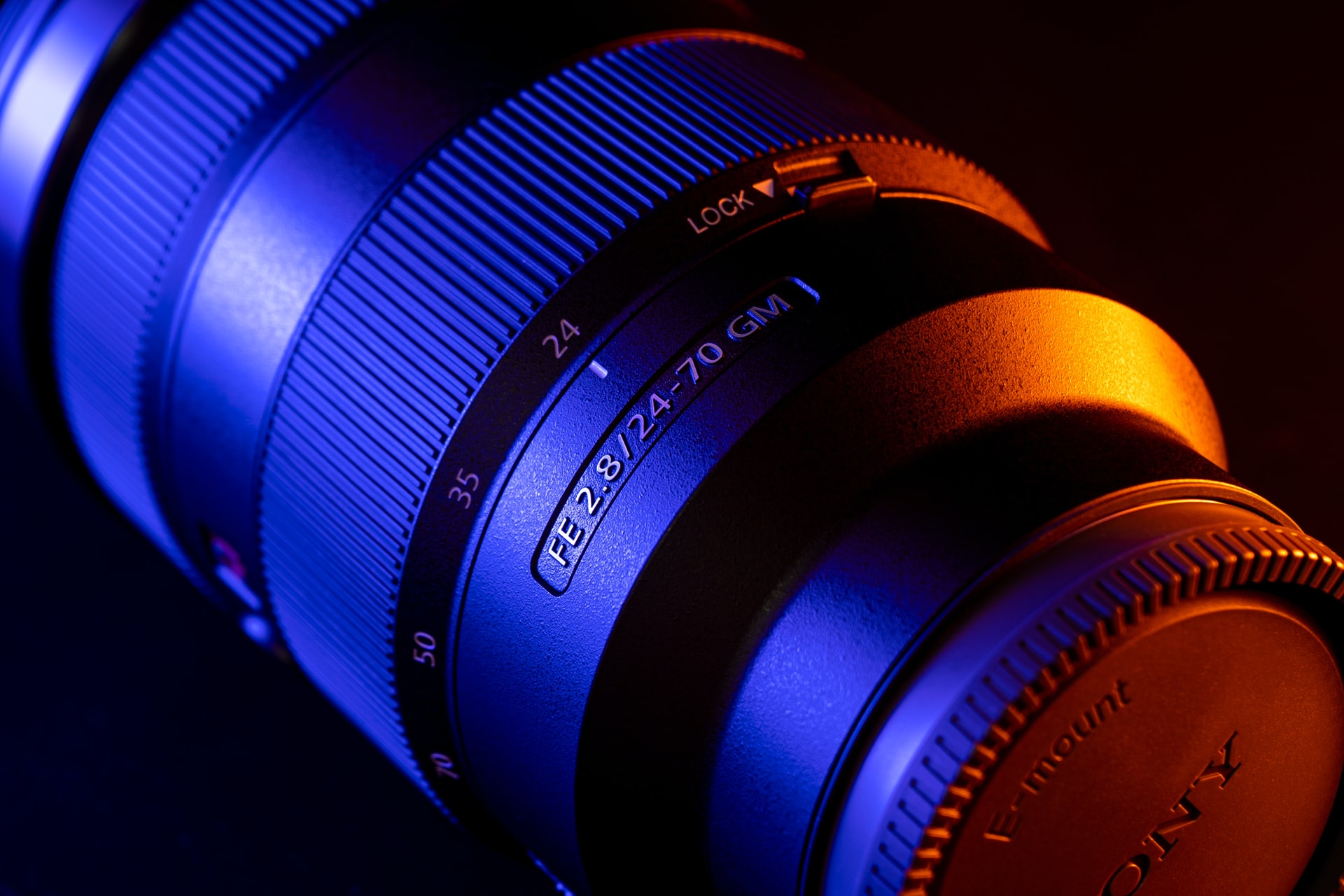 In this article, we’re going to have a look at Canon, Nikon, Sony and Panasonic/Leica/Sigma full-frame mirrorless systems to see what they offer and where they might yet go. After all, In our look at ~$2000 full frame mirrorless cameras, we said that choosing between them is as much about buying into a lens system as anything else.

This article isn’t a question of ‘which range is biggest,’ it’s to help show which lineups have the lenses you might need for your photography.

As well as the lenses currently available, we’ll consider the degree of support provided by third-party lens makers and briefly discuss some of the technologies involved.

Note: The lens charts in this article were updated and now reflect the high-end, autofocus lens options for each system as of June 2021 with a focal length range of 14-200mm. Lower-end, variable aperture zooms such as kit lenses are omitted.

When it comes to full-frame lenses for mirrorless, Sony has the biggest head start. Sony introduced its full-frame ‘FE’ range alongside the original a7, back in late 2013, and already had several years experience of making APS-C E-mount lenses by that point.

Sony has also taken the unusual move of allowing third-party lens makers access to its lens mount specifications and communication protocol. This has allowed companies such as Sigma, Tamron and Zeiss to expand the range of available lenses for Sony photographers. In the case of Sigma, these include existing DSLR optical designs as well as new, dedicated optical formulations for mirrorless, denoted ‘DG DN’.

In addition to covering most of these bases, Sony has had time to add specialist lenses, such as 600mm F4, 400mm F2.8, 100-400mm and 200-600mm telephoto options, equivalents to which aren’t currently available for other systems.

Sony says that the years it’s spent making large lenses for mirrorless camera has allowed it to develop expertise in the types of motors best suited for full-frame mirrorless lenses (the need to drive lenses smoothly for video, as well as quickly means the requirements aren’t the same as for DSLRs). However, while it’s true that Sony’s adoption of technologies such as linear motors and piezoelectric drive provides its more recent lenses with impressively fast, smooth focusing, be aware that some of the company’s earlier lenses don’t always show this same performance.

Canon’s RF lens lineup thus far has shown a distinct focus on the needs of professional users, with many of its first lenses belonging to the premium ‘L’ range.

Canon hasn’t opened up its lens mount to other makers, so there’s limited third-party support available at the moment. If the RF mount gains anything like the popularity that the EF mount did, it’s extremely likely that other companies will find a way to offer autofocus lenses, but widespread third-party support for RF may be some years away.

In addition to these lenses (and the variable aperture ‘kit’ and travel zooms you might expect), Canon has also introduced two interesting and comparatively affordable F11 telephoto prime lenses covering 600mm and 800mm. These use diffractive optics to keep the size and weight down.

Canon currently uses a variety of motors in its RF lenses: primarily using the company’s fast, smooth ‘Nano USM’ technology or the ring-type USM motors that underpin most of its high-end DSLR lenses. The ring-type motors appear to work pretty well with Canon’s dual pixel AF system but aren’t always the smoothest or fastest, especially given that they tend to be used in the lenses with large, heavy lens elements that need to be moved. We’ve been impressed by the Nano USM lenses, though.

The RF 35mm F1.8, meanwhile, uses a small stepper motor, which makes it noticeably slower and noisier to focus than the best of Canon’s other mirrorless lenses.

Like Canon, Nikon has not yet opened up the Z-mount to third-parties, so you’re primarily dependent on Nikon’s priorities and release schedules for now.

However, Nikon’s initial build-out strategy looks very different from Canon’s: Rather than starting with exotica, Nikon has provided a range of comparatively affordable/portable F1.8 primes, alongside a set of F2.8 and F4 zooms.

In terms of focus motors, Nikon seems to primarily be relying on the use of small stepper motors for its lenses so far, which offer decent performance but don’t appear to match linear motors or Canon’s Nano USM technologies for either speed or smoothness. Twin focus groups help to give accurate focus even close-up, in some of Nikon’s zoom lenses, which can also improve on the often modest speeds of single-motor designs.

Panasonic, along with Sigma, has aligned itself with Leica by adopting the ‘L’ mount for its full-frame mirrorless cameras. This instantly gives it access to an established lens range (though, like Sony’s, one that is built around a mount originally focused on APS-C). Sigma’s inclusion in the alliance should ensure a wide range of third-party L-mount lenses become available: it’s built L-mount versions of many of its designed-for-DSLR primes and is also introducing ‘DG DN’ lenses designed specifically for full-frame mirrorless cameras.

All Panasonic cameras so far have been based around the company’s Depth-from-Defocus (DFD) AF system and Leica uses a system whose description sounds remarkably similar. We’re told all the lenses in the L-mount are compatible with DFD but that they aren’t all necessarily optimized for it, in terms of AF drive or how quickly the lenses communicate with camera bodies. For now we wouldn’t expect the same consistency across native L-mount lenses that we’ve seen from the single-maker systems, but we’d expect the three partners to be working to maximize compatibility.

Panasonic’s lenses primarily make use of linear focus motors, but use a combination of linear and stepping motors for lenses such as the 50mm F1.4 and its 70-200s that require more glass to be moved around. Sigma’s lenses vary, and we’d expect better performance from its made-for-mirrorless DG DN lenses than from the older DSLR optics.

If you already own a selection of DSLR-mount lenses, then you’ll find that with the right accessories, you can mount them on any of these camera bodies. Since the mirrorless mounts are all shallower, this leaves plenty of room to put an adapter between the lens and body. The performance you get will vary, though.

Canon frequently bundles one of its EF-to-RF adaptors with its RF-mount cameras, and it makes three variants (a simple pass-through tube, another with a control ring around it and a third that lets you drop a choice of filter between the lens and the camera). The dual pixel AF system, combined with Canon’s knowledge of its communication protocol means EF lens users will get probably the best adapted lens experience when using Canon RF-mount bodies. In general we’ve had roughly DSLR-level performance from the EF lenses we’ve adapted but it’s not necessarily true for every lens.

Various companies also make EF-to-E adaptors, allowing EF-mount lenses to be used on Sony bodies. And, while not quite as consistent as Canon-on-Canon pairings, we’ve had good experiences with this combination, though generally only with shorter focal lengths. Meanwhile, Sigma makes the MC-21 adapter for using EF lenses with L-mount bodies but, without phase detection AF in most of those cameras, continuous AF is not available.

Nikon also offers kits that include its ‘FTZ’ F-to-Z mount adaptor with some of its camera bodies. This provides a decent level of support for existing lenses but does not contain a focus drive motor, so can only autofocus lenses with their own motors (AF-S, AF-P and AF-I lenses and their third-party equivalents). F-to-E adapters are available, but performance can vary, lens-to-lens, making it more of a gamble.

Sony also makes several adapters for using A-mount lenses on E-mount cameras. The latest, LA-EA5 adapter includes a focus motor to focus older lenses designed to be driven from the camera body, but this function only works with select high-end Sony cameras.

As you’d probably expect, then, older lenses tend to work most reliably with the cameras made by the same brand. However, they can be used on other systems, so depending on how extensive your existing lens collection is, you may find you can make do with lowered performance, rather than having to sell-up and start again, if you don’t want to remain bound to the whims of the maker of your DSLR.

As you’d expect, Sony’s nearly five-year head start and openness towards third-party makers has let it build up a significant advantage over its rivals, but all four mounts are already starting to see key holes in their respective lineups being filled.

In the long run, it’s likely that all four systems will be extended to offer a range of mid-range, as well as high-end primes and zooms, but it’s pretty clear that initially, Nikon and Canon are focusing on different sets of users.

Nikon and Canon’s decisions to keep their mounts closed to competitors means they can control the consistency of experience for their users (with less risk of a third-party lens offering sub-standard AF speed or smoothness, for instance), but with the downside that you’re entirely dependent on that company’s development priorities and pricing, unless you’re happy to take your chances with simple manual focus or reverse-engineered options.

It’s the third-party makers and their ability and willingness to produce fully-compatible lenses that will be interesting to watch. The adoption rate of Sony E-mount cameras and the availability of the lens protocols is likely to mean most future third-party lenses will be designed around this mount. But with Sigma already joining the L-mount Alliance, other systems are starting to benefit from extra input.