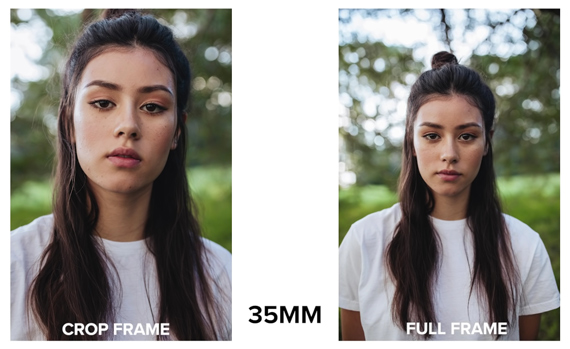 How much difference can you see if you shoot portraits on a full frame camera and compare it with those shot on an APS-C camera, both using excellent lenses? This video finds out.

The long-term future of APS-C feels slightly uncertain at present as the industry is waiting to see what Canon has in mind for its mirrorless cameras and Sony is finding ways to make its full frame bodies so small that the cropped sensor format could become redundant. The a7C is a surprisingly small and compact body that at a glance could easily be mistaken for having a smaller sensor and it’s prompted some wonder whether Sony’s a6x00 line might not be updated much further.

Similarly, speculation over Canon’s plans continues; will it introduce a crop-sensor version of its popular RF-mount mirrorless cameras, or will it aim to make smaller, more affordable full-frame bodies to attract entry-level customers? And what does it have in mind for its M-mount cameras?

The difference in colors between the a6100 and a7C is slightly surprising given that these cameras were released a little more than a year apart — the a6100 arrived in August 2019 and the a7C came in September last year. Part of this might be down to the jpeg processing but it’s still a very marked difference between some of the shots.

Would you choose APS-C over full frame? Let us know in the comments below.