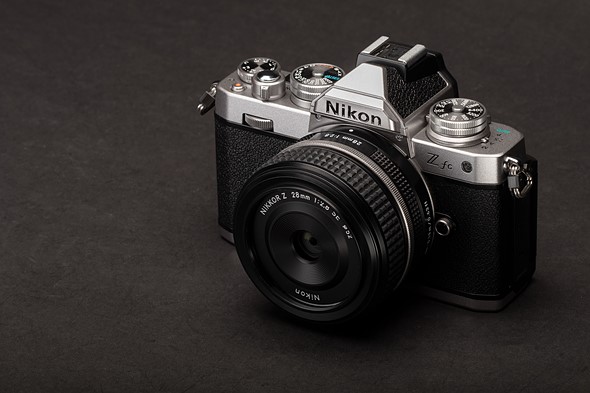 The Nikon Z fc is an APS-C mirrorless camera that combines Nikon’s new Z lens mount with looks and controls that recall the company’s classic FM and FE-series film SLRs.

The Z fc is the second crop-sensor Nikon camera to use the company’s Z-mount and is built around the same 20.9MP sensor as the Nikon Z50, but it gains dedicated dials for ISO, shutter speed and exposure compensation to go with its throwback styling. Nikon says it’s aiming the camera at a younger, style-conscious audience.

The Z fc will primarily be sold in silver with black leatherette patches, but six versions with colored grip material will also be available in limited quantities. Pink, Mint Green, White, Grey, Amber Brown and Sand Beige versions will cost $100 more than the regular model and, in North America at least, will only be sold through Nikon’s web store.