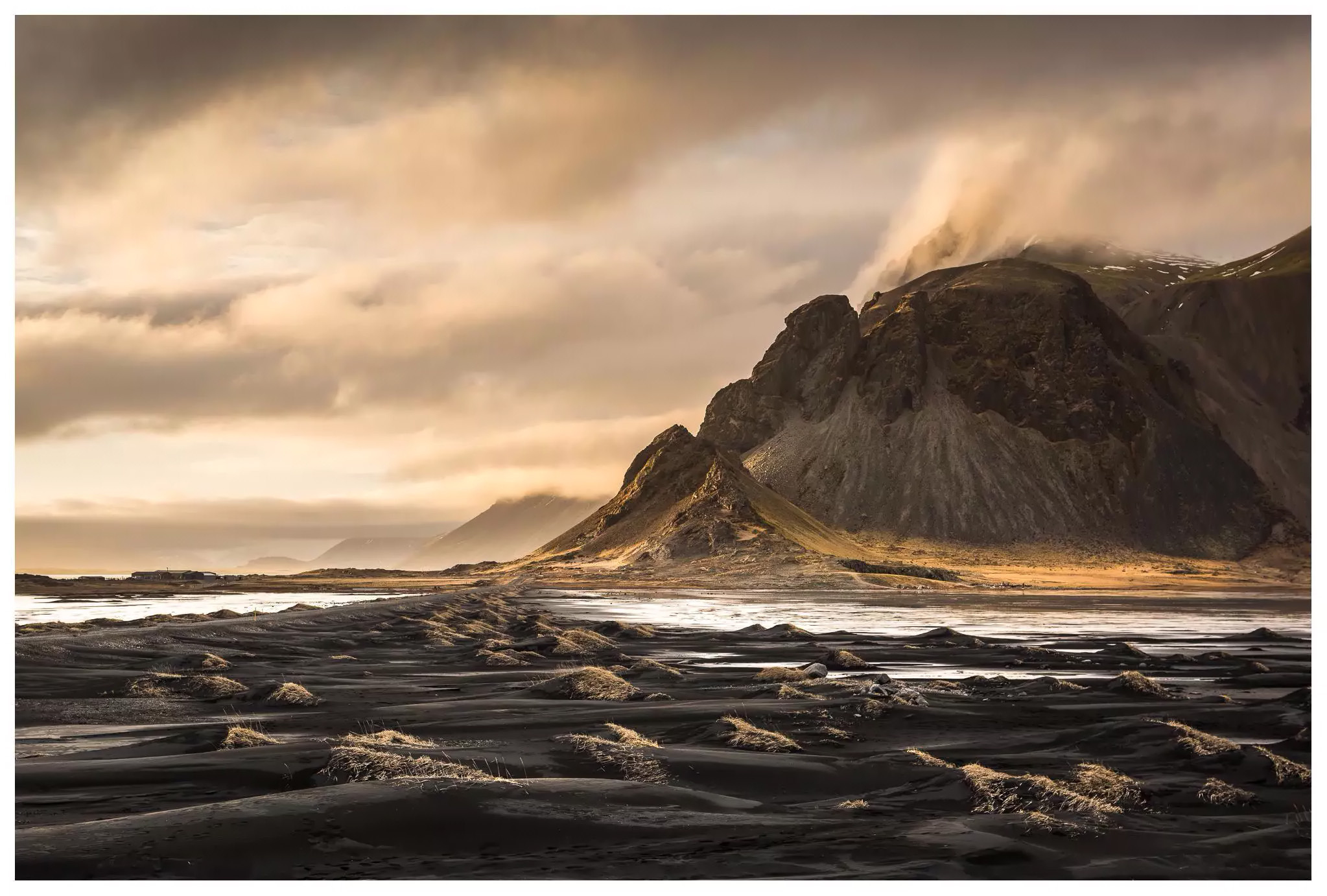 Landscape photography connects with you on a different emotional level than a portrait, documentary photo, wildlife photo or a pet photo. Though as in all forms of art, landscape photography should connect with the viewer in a special way that means something and has the potential to show more than a gorgeous scene but the feeling of travel and wanting to be there.

I remember when I started photography 35 years ago, a mentor at that time, said to me, “You photograph how you see and not what you see.” At that point, I didn’t really get it but I never forgot it.

It’s quite interesting as on the thousands of videos and articles on a photographer’s technique, camera, and settings, that the photos that stick in your mind don’t get there because they were really sharp, had good bokeh or how they were shot on a certain camera. Have you ever question when looking at a Van Gogh paint and said ” He must have used a good paintbrush?” There aren’t as many on the emotion and feelings found in photography.

“A great photograph is one that fully expresses what one feels, in the deepest sense, about what is being photographed.” –Ansel Adams

The emotions don’t have to be the same, but the belief that when you have an emotional response to the landscape into a photo, it’s more likely to help in creating an emotional response in the viewer. That’s why I don’t believe that you can create a photo out of nothing. Too often, people say that you can alter a picture by adding light and create a dramatic impact on Lightroom and Photoshop. But the use of such tools should be used to enhance what you saw and not create something that didn’t exist in the first place. After all, how can you ask a viewer to connect with the image, if you didn’t observe it yourself?

What emotions do you feel with landscape photography though?

Sometimes a photo makes you stop in your tracks and look deep into it and image yourself in that image. It isn’t the perfect exposure or a beautiful scene. It has an instant impact and creates a quick emotional response. Take the next image for example:

Other times, you an image can have you pass by it multiple times and you eventually grow to love it and gain an increased emotional attachment to it as you see new things and explore all the intricacies of the scene.

Unfortunately, in the modern age of social media, they favor the first of the two emotional responses. Instagram is all about having five impacts. A perfect example is on the following photo from my Instagram feed, where it got 50% more views than my average photo but it doesn’t leave a long-lasting emotional response.

This is why I love printed media and as it feels that an image printed on a wall offers more value to a photographer and the viewer alike. If I were to show my prints in on a workshop or to other photographers they spend a lot of time looking at each image, then if you gave them an iPad to view the same shots.

Let’s look at the photographer’s and the viewer’s emotions in more detail.

This is why for me getting in the landscape is one of the most relaxing and fulfilling things for me to do. Just observing the sceners around me and staying the moment is beautiful. There can be nothing better than arriving at a location, find a rock, pour some coffee, and take in the surroundings

This is the part of taking photographs I find so relaxing. This process includes taking in a scene, taking out my camera, setting it up, visualizing a scene and capturing the emotion I feel at that time.

“I think that emotional content is an image’s most important element, regardless of the photographic technique. Much of the work I see these days lacks the emotional impact to draw a reaction from viewers, or remain in their hearts.” –Anne Geddes

Though emotion in photographs is a personal thing and when looking back at my photos, I have a lot of stories associated with each of them that others wouldn’t know about. This can help in creating a better and more emotional response, it’s very interesting for me as when I spend longer in one location I can find that I almost always produce a more interesting photograph.

To experience any form of art, there’s a critical element of having an emotional response to that art for enjoyment. Various research such as this by Cupchik et al , ‘Viewing artworks: Contributions of cognitive control and perceptual facilitation to aesthetic experience‘, show that the brain regions involved in emotion experience activation when seeing art compared to objects.

The question now is, how do you go about creating something that invokes that strong emotion in the landscape? It’s all about connecting the viewer to the image. It can be done through various ways such as changing the weather, patterns in the scene, or maybe leaving something out of the photo, making the viewer get more involved to understand the image.

“I like photographs that leave something to the imagination.” –Fay Goodwin

“A true photograph need not be explained, nor can it be contained in words.” –Ansel Adams

The most important thing to remember that people are different and think differently about a scene. Which isn’t just about the person but maybe the current circumstance that person is going through. A powerful photo can be a conduit to tapping that emotion. You can see from above that the title has little impact on the emotion felt by the image.

How do you react to an image? Do you feel an emotion when you see certain images? Let me know in the comments below.