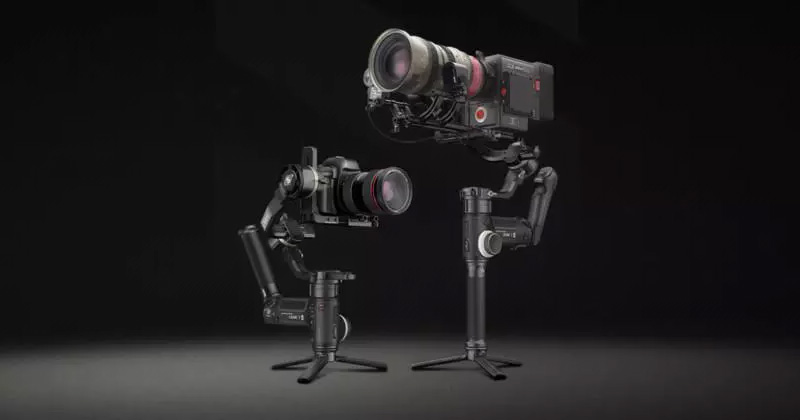 Zhiyun Tech has just revealed a powerful new gimbal called the Crane 3S, which significantly increases the power and versatility of their popular Crane 3 LAB without giving up much in the way of portability.

The Crane 3S is basically a larger, more powerful Crane 3 LAB that’s meant to handle beefier cameras. We’re talking digital cinema cameras from RED and Sony that you would normally mount on a large Ronin or MOVI.

It maintains the same basic handle design as the Crane 3 LAB—allowing you to switch quickly from regular carry to under-sling—but bumps the weight capacity of the motors to over 14lbs (6.5Kg), increases the number of mounting points from 3 to 9, and introduces a modular design for even more versatility. You can now extend the arm for larger camera setups, and both the EasySling Handle and the SmartSling Handle (which includes camera controls) can be mounted at two different points depending on how you need to hold the gimbal.

Here’s a closer look at the new gimbal in action on a professional set, slinging around large cinema cameras and lenses with ease:

The idea behind the Crane 3S is to offer a more compact gimbal option that still has the “umpf” to handle digital cinema cameras, and all of the professional-grade compatibility and features to work on a large-scale production.

Beyond the modular design and higher payload, which means improved cross-compatibility with dollies, jibs, and cable cams, the addition of a DC-IN port, an upgraded zoom & focus system, a special TransMount Image Transmission System, and more.

While many of these benefits won’t do much for anyone who is already using (and happy with) a system like the Ronin S or the Crane 3 LAB, serious filmmakers and cinema camera shooters will certainly appreciate the combination of power and portability that Zhiyun has managed to back into the new 3S.